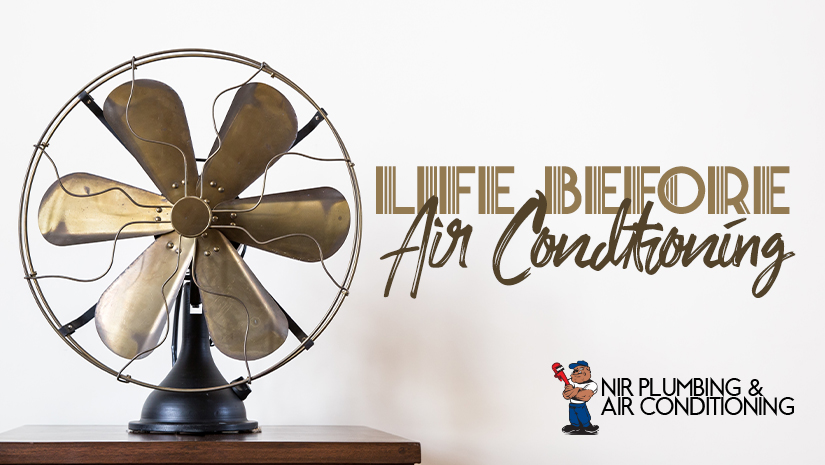 Life Before the dawn of AC

In anticipation of the summer months, we are gearing up for a high demand for AC installations and repairs. This is no time to go without a tried and true cooling system, especially as temperatures climb past 100 degrees. But believe it or not, there was a time before air conditioning.

The air conditioner was invented in 1902, though not with the intention of making an indoor space more comfortable. The first AC was primarily used for industrial quality control. And the resulting pleasant temperature was a mere coincidence. However, upon realizing an increase in productivity among workers, air conditioning quickly became popular.

Despite its appeal, it was considered a luxury item until the 1970s when they became more affordable. So far, that’s a mere fifty years of widespread AC use. So, what did people do before this glorious time in history? The dark ages preceding temperature regulation called for creativity and innovation. People designed their homes and spent their time strategically to beat the intense heat of summer.

Before the dawn of AC, people were required to implement strategy and out-of-the-box creativity when the summer sun beat down. And though now, most homes are equipped with air conditioning, these methods are still helpful in regulating your indoor temperatures. Yet, today, when you turn to your air conditioning as the heat ramps up, remember the luxury you enjoy!

And if, during these summer months, your air conditioner fails you, do not hesitate to reach out for profession repair and replacement! We are here for your AC and temperature regulation woes, right when you need us most!